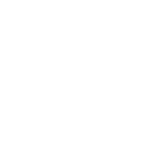 Will I have to carry twins?

There is a common misconception that twins and multiples are much more likely with IVF pregnancies and this is not true. Some of this misconception may be based on old practices wherein doctors didn’t have the ability to carefully select tested embryos for viability and instead had to guess on the quality of embryos based on looks alone.

This led many to transfer multiple embryos at once to increase odds of success, often leading to multiple pregnancies. Nowadays, doctors are able to test the embryos and select the one with the highest chances of success.

In some cases, doctors will transfer 2 embryos with consent of both the parents and surrogate if the quality is lower, or in the case of gay dads in which both dads want to have a chance at having a genetic connection to the babies.

Whether or not you’re willing to increase your odds of carrying twins by transferring multiple embryos is something that will be considered when the agency is helping you find a match. They will not attempt to match you with parents wanting to transfer multiple embryos if that is not something you feel comfortable with.

This is never done without thoughtful consideration for the safety of the pregnancy and the surrogate, and even transferring two embryos does not ensure that both will take. As with all pregnancies, there is always the teensy possibility that a single embryo could split and become twins, but it is not any more likely to occur with IVF than it is with a naturally occurring pregnancy.

There is a higher amount of compensation for surrogates who end up carrying twins, but this is due to the fact that a twin pregnancy comes with increased risk and responsibilities compared to a singleton pregnancy.

There is a much higher chance of complications including preterm labor, and other problems that could end up requiring strict bed rest or hospitalization to prevent preterm delivery.

This would make maintaining your normal lifestyle very difficult if not impossible in some cases, so if you have small children that depend on you for the majority of their care, other responsibilities around the home that mainly fall on you, or a job or career that would be negatively affected by the need to take medical leave you should rule out the possibility of transferring multiple embryos.

Some women may see the increase in compensation of $7,000-$10,000 and be tempted to go for it, but do bear in mind that if anything were to go wrong, that amount might not feel worth your sacrifice.

That being said, Shelly and I have both carried twins willingly transferring two embryos, and all went well. As a friend, I still recommend other women not to take on that additional risk if they don’t have to.

If something had gone wrong, or the twins had ended up in NICU or not surviving due to the increased risk of complications that would have been devastating to me. In my two subsequent journeys, I opted not to take that risk and I wouldn’t’ do it again. Life was much much simpler carrying a singleton!

PrevPreviousDo I have to pay taxes on the compensation?
NextWhat’s it like to carry for a couple in another country?Next
I'm an Amazing Mom ...interested in starting my surrogacy journey to change the life of a family-to-be, and help my own family, too!